Well, the end of my vacation has arrived. It started with surgery for my loved one, and ended with some finished objects for me.

Some of you know I do a big canning effort every fall. I heard that zombies strike mostly in winter, so it’s good to be prepared. 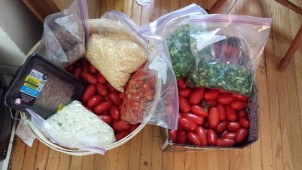 I went through my canning stash and realized that I had enough jam, pickles, peaches and beets to last another year. So this year I concentrated on tomatoes. 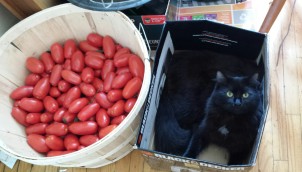 Angus was a big “help”. His favourite part was when the tomatoes escaped and he was able to roll them around.

I started with a bushel of San Marzano tomatoes and various veggies. I pulled some rather sad hamburger from my freezer, and with the magic wand (ok Cheffie’s assistance), I spiced it up to make a lot of spaghetti sauce (5 quarts). 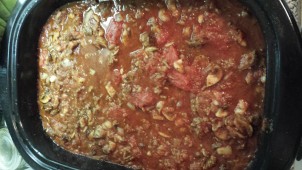 Next came my World Famous Salsa. Admittedly I have a small world, but everyone in it knows about it…and even asks for it for Christmas presents 🙂 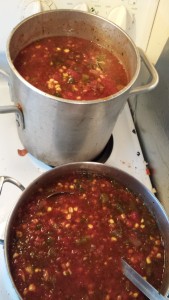 Then some smooshed tomatoes and juice and I was done! 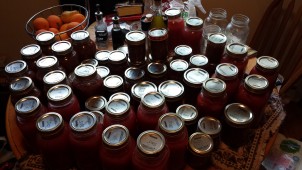 All this was done in a kitchen that is not big enough for two people to work. Oh and one burner on my stove didn’t work, so pot juggling became the method du jour. 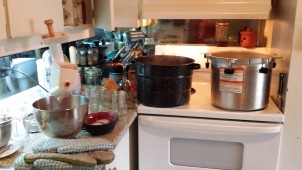 I think I’m ready for the zombies…. 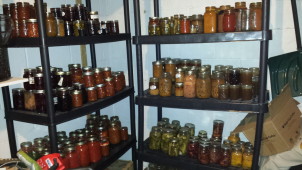 Once all that was done, it was time to turn my hand to needlework. I had promised Nina at Creative Yarns a piece for her booth at the KW Knitter’s Fair.

This will be in the booth – you really should cop a feel if you’re there. Angus and Cooper were big fans as you can see. I did have to lock them out while it was drying. It was furry enough – no extra cat hair needed. Then there was the whole episode where Cooper decided to try to eat the blocking pins….sigh 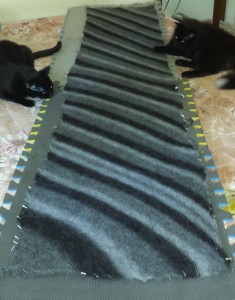 After that, I picked up my long neglected hook and started working on a cowl for me. The colour isn’t true in this photo (when is it ever?). It’s a much deeper red and the black undertones are just gorgeous. 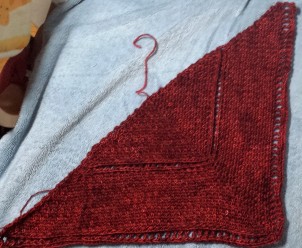 I need to go back to work just to get a rest! 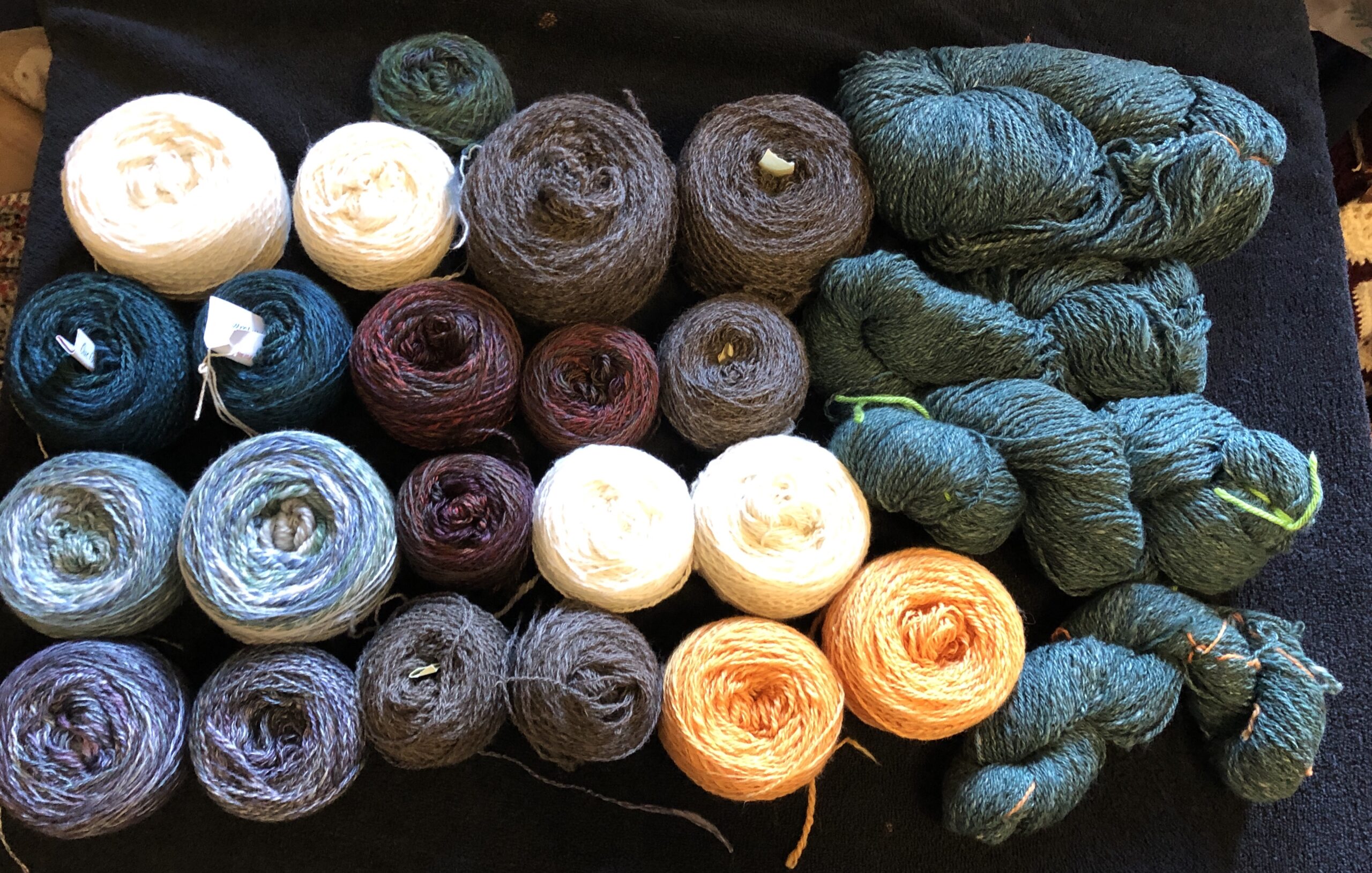 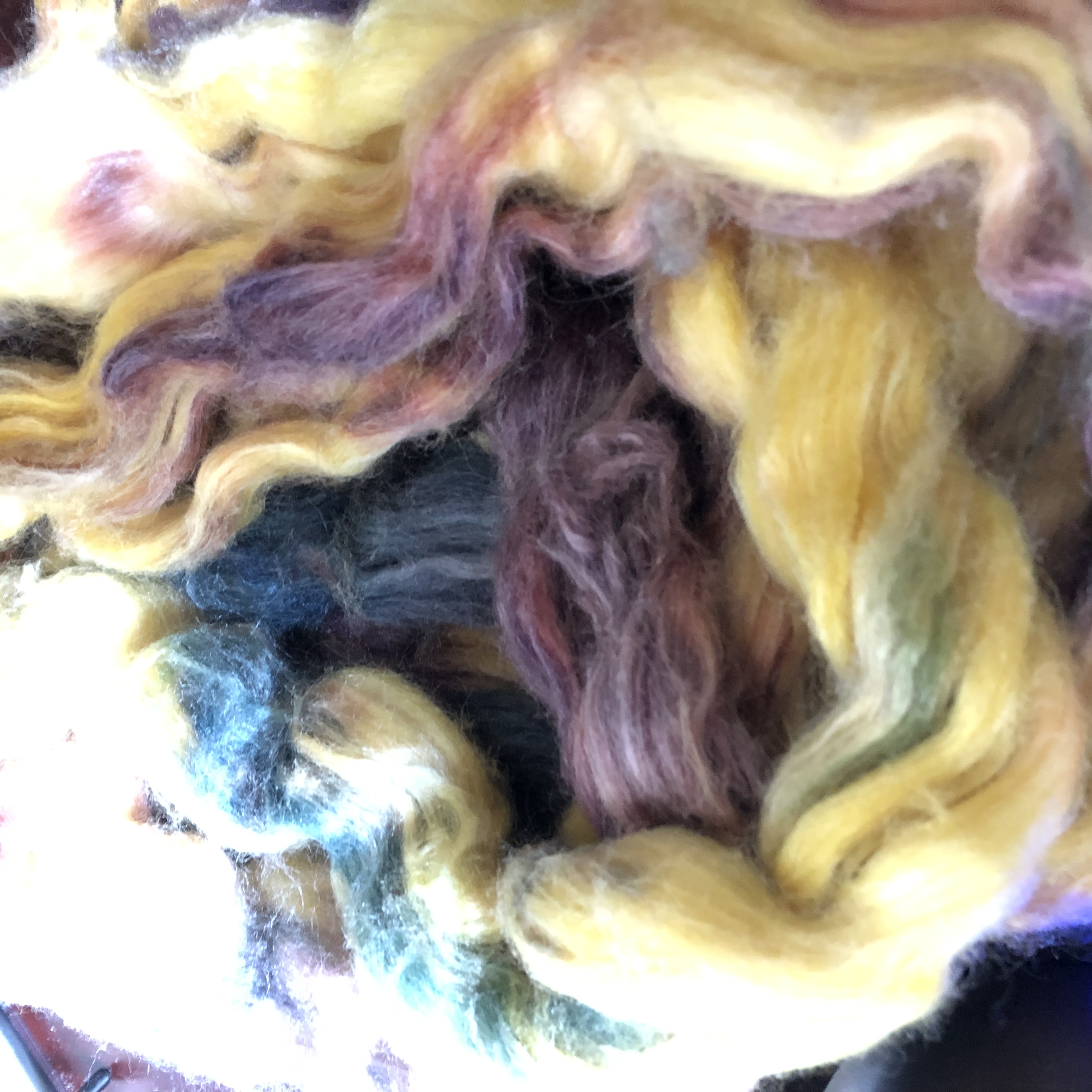